Time to get out of my comfort zone!

Jess and Teagan at Fiction No Chaser tagged me to this one! Their blog is awesome, by the way – they have all kinds of high-quality bookish content over there! So go and give their blog a follow 🙂

You have to pick ONE GENRE that you frequently read about and then you can’t use ANY books from that genre while answering the questions!

Okay… so I think I read Contemporary the most… which mean that I can’t use any Contemporary books for this one! 😫

A book that is an exception when it comes to genres or elements you don’t typically like.

Maybe this is kind of cliché (only because I say this a lot!), but I’m going to say Illuminae.

I don’t normally like Science Fiction for some reason. However, The Illuminae Files series is an exception because the format of the books is really interesting and everything is just executed very well throughout the book.

A book you enjoyed from a genre you previously held some stigma against.

Ahh, this is where it gets hard for me because I realize I haven’t actually read that many books!

I’m not sure if this counts, but have you ever looked at a book and thought, “Well, that sounds terrible,” even though you have no idea what it’s about? The Raven Boys was one of those books for me.

I mean, it was a mixture of modern magic/paranormal/romance/a bunch of other things. It just sounded like too much.

But I had to read it for school almost 2 years ago, and I actually really enjoyed it! 🙂

A book you didn’t know was out of your comfort zone until you started reading it.

Okay, there’s a very specific reason why The 5th Wave is out of my comfort zone.

I like dystopian, I guess. Under normal circumstances, I would normally not have a problem with this kind of book.

But when I read it (several years ago, so I may butcher this), I never realized that it was told from 2 different POVs.

I must have skipped the part when the narration said the new character was a guy, because I was so confused for the entire book. Two different characters were going through two very different situations, but I thought they were the same person!! Do you see my dilemma?

Pick a friend who motivates you to pick up books you might not normally be interested in—is there a book they convinced you to give a try?

Oooh, I’m kind of new to the blogging scene, so I’m not sure! But…

All of my blogging friends encourage me to try new books! I would probably only read like 3 books a year without you guys.

A book that is out of your comfort zone, but you would like to read.

I have been wanting to read both Vicious and A Darker Shade of Magic for ages, but… I don’t think I’ve ever read an “Adult” book! YA is just so *comfortable* for me!

*hides under the covers*

But I will read them someday soon! I promise!

A book or genre so outside of your comfort zone that you’ll probably never give it a chance.

Well… I’m pretty sure I’ll never read A Court of Thorns and Roses. 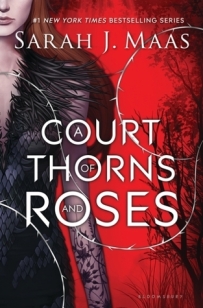 From what I’ve heard, I probably won’t like it! That kind of book is just not my thing.

As always, there’s no pressure to do the tag! (It’s just fun to do!)

And you, if you haven’t done this tag yet! 😉

24 thoughts on “BOOK TAG ✨ Out of My Comfort Zone”