Alright folks, here’s the first time I’ll be giving you some news I’m not too excited about. But news is news!

Today’s news is going to be broken into two parts: In Part 1, I will share the news, and in Part 2, I will explain my stance and some history on the subject in 5 points.

So let’s get started talking about Rick Riordan’s Heroes of Olympus cover remakes.
(Also, I may or may not get a bit emotional in this post? We’ll see.)

The Heroes of Olympus is getting some new cover art.

In celebration of the 10th anniversary of his Heroes of Olympus series, Rick Riordan announced that the series will be reprinted with new cover art by Nilah Magruder.

Yes, you heard that right – it’s been (almost) 10 years since Heroes of Olympus was first released!

Excuse me while I go and feel old.

John Rocco, who also did the cover art for the Percy Jackson & the Olympians series (and everything else in the Riordan universe), did the original artwork for the series when the first book was published back in 2010.

I honestly feel a little betrayed, but let me explain.

DISCLAIMER: There’s no real dislike here. No shade being thrown. Because first of all… of course I’m going to buy all of these new editions immediately, but that’s only because I’m a huge fan in general. I always buy new editions of my favorite books!

As someone who only read Percy Jackson for the first time in 2012, I have no right to say that I’ve been here from the beginning. However, I’ve been in the fandom long enough to grow some strong opinions.
(read: get ready for some intense and likely unnecessary analysis of the matter.)

As I mentioned in one of my earlier posts, the Percy Jackson series did not always have great cover art. The First Edition of The Lightning Thief was created by Peter Bollinger , but shortly afterwards, John Rocco was hired to remake the cover and complete the art for the rest of the series. Since then, Rocco has done the cover art and character art for all of Rick Riordan’s later series.

In other words, John Rocco has been working with Uncle Rick since 2005.

Now here’s where is starts to get interesting: When John Rocco released the character art for some of the main characters (somewhere between 2009 and 2011, I can’t find the date), the fans were… not happy.

Based on the general critical response I have gathered, it seems that even though the fans were upset at these depictions (Nico in particular), they were not at all dissatisfied with the series cover art.

But since then – heck, even since The Lost Hero cover art – John Rocco’s has greatly improved. 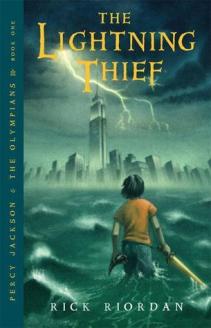 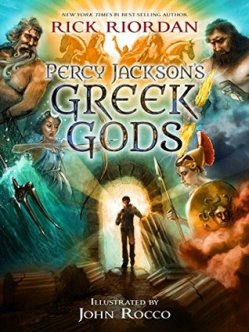 So if John Rocco’s artwork has been an important part of the Riordan universe for over 10 years, this begs the question… Why would someone else remake the cover for Heroes of Olympus? Don’t the readers care about this change at all?

Keep in mind that I fully acknowledge Rick Riordan’s reasoning for the remake: he wanted something fresh and eye-catching for a new generation of readers.

But that doesn’t mean I have to agree with him!

That being said, I totally support the artist Nilah Magruder, and I have nothing against her at all. She’s been a fan of Rick Riordan’s books and even drew fan art in the past. I’m glad she got the opportunity to make art for this wonderful series (because honestly, who wouldn’t take the job?). However, I just don’t think this artwork change was a good choice for Heroes of Olympus.

As you’ve probably picked up by now, I’m a little biased when it comes to having John Rocco do the cover art.

I mean, when someone does cover art for 15 years, and their art only gets better over time, wouldn’t you rather keep them on board? Or, at least, wait to get a new illustrator for a new series?

Rick Riordan, why would you do this? I just don’t understand. The man is perfectly capable of stepping up his own game. He’s already demonstrated so. Let him finish what he started.

2. The characters are supposed to be “faceless”.

Okay, this is probably my biggest complaint.

I read somewhere (I believe it was the 10th Anniversary Lightning Thief interview with Rocco) that the original artwork was done in such a way that the characters were “faceless”, meaning that the readers had to use their imagination to picture the characters however they wished.

But in these new covers?

That idea was completely thrown away.

I understand that many series, particularly in Middle Grade books, feature character faces on the covers. But for Percy and friends, it was kind of great to not see how each character was supposed to be imagined. I wanted to imagine them all in my own way, no rules. That’s why some authors give minimal physical descriptions of their characters!

The “faceless” idea also helped keep the characters more realistic in my mind.

And I’m one of them.

Maybe I’m just being dramatic about this, but… shouldn’t all the books in the same universe (meaning they all include the same or similar characters in the same fictional world) be the same?

Personally, I will drop the series if the artwork doesn’t remain the same, and I’ve been doing this since I was seven years old.

I get emotionally attached to book artwork, and if it’s new, I will get so disoriented.

New artwork creates a different tone, a different mood, for the whole series. To jump from The Last Olympian to The Lost Hero for the first time with this new artwork would be a slight tragedy for me and any other child who is starting Heroes of Olympus. 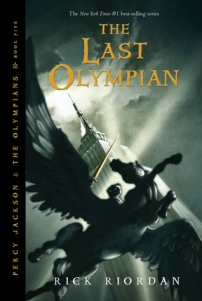 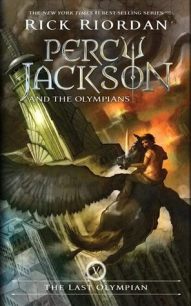 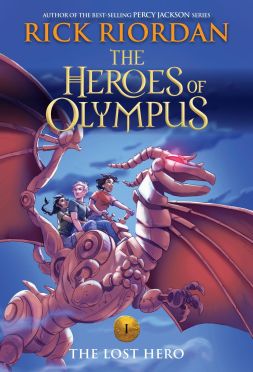 I think we can all agree on this.

The new artwork is not as clean or detailed as John Rocco’s previous work. 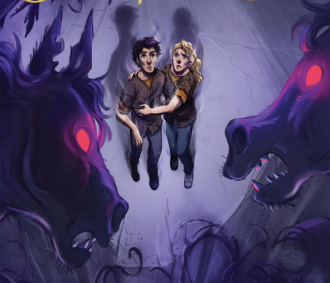 5. It also looks childish, especially compared to the other Riordan books.

Like I said, the color scheme of the new artwork is just not reminiscent of the previous books in the Percy Jackson series, or of the original Heroes of Olympus artwork. 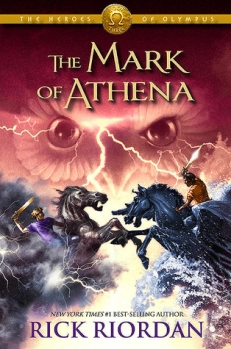 … and then look at the new artwork. 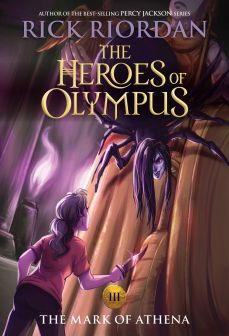 Very different. It’s not even the same scene!

After a lot of thinking, I discovered that one of the main reasons why I don’t like the art is because it is for once series which is a part of many other series

In other words, if Heroes of Olympus did not follow Percy Jackson, and was a completely standalone series, then this artwork change would not bother me.

That being said, the artwork alone is fun and bright/colorful, just like a lot of other Middle Grade books. It makes sense to want to add more color to the series, especially because the kids reading Percy Jackson stories seem to be getting younger and younger these days.

2. It appeals to a wider range of kids.

In relation to the point made above, I think the new artwork is more appealing to younger kids. The original artwork for Heroes of Olympus may have been a little too “dark” or scary-looking. But, the new artwork should not scare any kid (or parent) away from reading the this sequel series. The new art is generally action-packed and overall makes this series look like a fun Middle Grade read.

3: My favorite new cover is The Lost Hero. It’s cute!

Do you have a favorite?

Okay, that just about concludes my longest Bookish Breaking News! I hope some of you found this informative, entertaining, or at least something to cry over.

Once again, I’m mainly here to bring you guys the news! I apologize if this post is a bit too negative. I just figured that a lot of you fans of Percy Jackson would want to see my views on this topic. I understand that it’s a bit controversial, but I don’t mean to offend anyone!

And as I said earlier, I’m still going to buy and support these new editions! They’re just not my favorite.

What do you think of this new artwork? Would you, or will you, buy one of them when they release? Which new cover is your favorite? 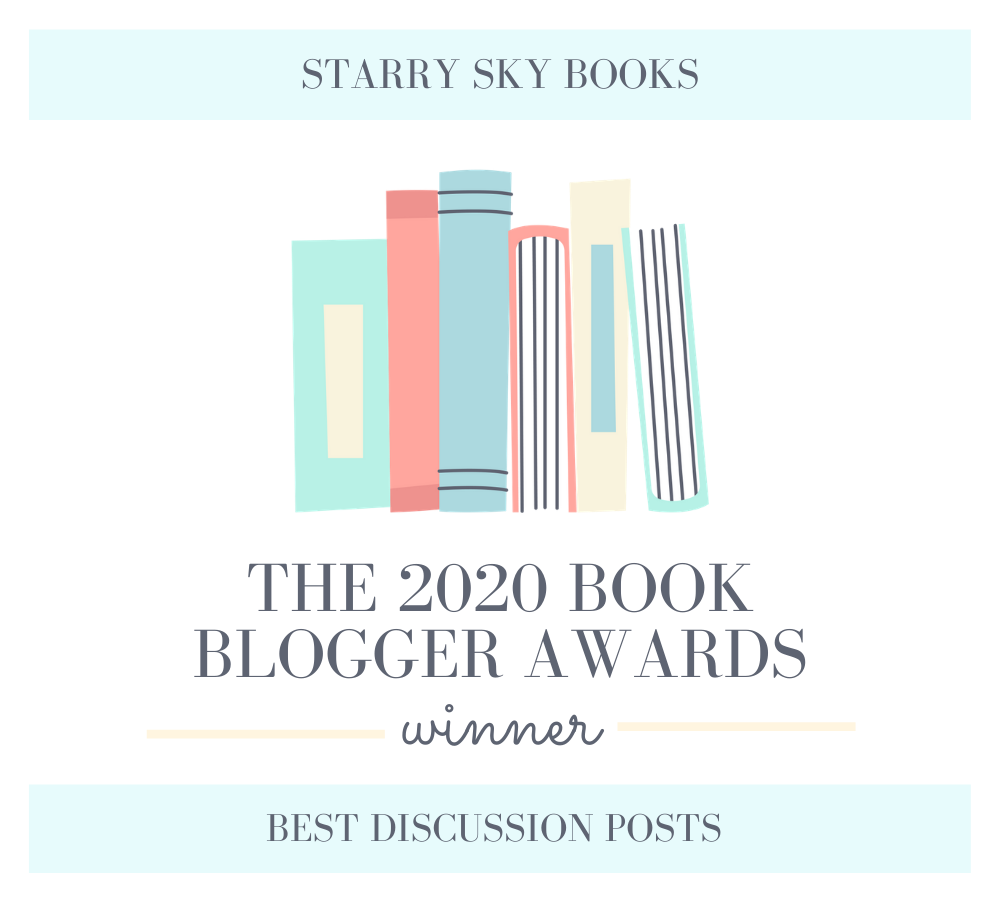