I can’t stop thinking about that “blog description” at the top of my homepage. “Reviewing Books, Ranting about Writing, and Reaching for the Stars”. After a few months of blogging, have I talked about writing at all? Nope!

But here I am to fix that!

For this post, I’m going to discuss my long-term relationship with writing and what being “a writer” means to me. I’m not sure how many other posts I will have about my writing experiences, but think of this as like… a NaNoWriMo that lasts all year! Just goals I have for the year to come.

What kind of writer are you? (other than blogging)

But yes, I (kind of) write novels! While I’m not a published novelist, I actually did write a trilogy of real, novel sized books between the ages of eleven and fifteen! 😀 Of course, that was years ago and now I’m in college!

Unfortunately, because I’m still in school, there still isn’t much time to write. I started this blog partly because I knew that reviewing and analyzing books would help me learn what kind of content the YA community is looking for, since I know I will most likely write MG and YA novels. But who knows! I’m not a full-time adult yet, and maybe I’ll change my mind some day and write in the Adult category.

I’ve never known what this is called, but you know how in stories like Percy Jackson and Harry Potter, the main character thinks everything they know is normal but it’s not? Whatever that’s called, that’s my genre. Most of my novels are like that.

But in all seriousness, I’m currently rewriting my original trilogy and a few other books that are all a mixture of contemporary fiction / modern fantasy / science fiction genres. And then my most recent and exciting story is just pure fantasy!

I would love to write a post about my current WIPs, so look out for that really soon!

When did you start writing?

Even though I promised myself I would be a writer when I was a six-year-old, I didn’t actually start writing until I was eleven.

I wrote my first novel between the ages of eleven and twelve, before I was even in middle school.

Fun fact: Have you ever owned an iPod touch? Believe it or not, I actually wrote that first novel entirely on the Notes app of my 2nd generation iPod touch! I didn’t even know what Microsoft Word was! 🤣
The finished draft was 30,000 words, so it technically counts as a novella, but who’s counting? I was eleven! 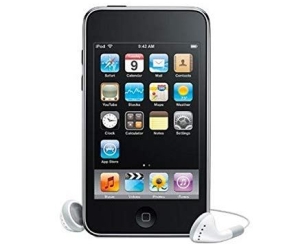 I wrote the sequel to that novel between the ages of thirteen and fifteen (entirely in Microsoft Word, thank goodness), and it was infinitely better than the first draft! I still love that second novel, and I’m actually very proud of it, despite how long ago I wrote it. I mean, the writing was kind of cringey, but of course it was! I was still so young! When I wrote this one, I was really beginning to get a feel for who I was as a writer. Plus, the finished draft was 67,000 words, which definitely counts as a novel! I had never written so much in my life, and I was so proud of myself. If you’ve never finished a draft, it’s honestly such a great feeling and I highly recommend it 😉

Have you been published?

Because I’m assuming you’re a member of the book community, I think you are probably aware of how long and competitive the publishing process is. Don’t worry, I don’t think you would ever ask me this question.

However, in real life, this is almost always the question someone (who doesn’t know anything about the publishing process) will ask me as soon as I tell them I like to write.

For years, I would have to answer with a sigh, an internal eye-roll, and something like, “No, it’s incredibly difficult to get published! Plus, I finished my first book when I was twelve, so…”

But now, I can officially say yes, I have been published! It was a short story, but still! My family says it counts! 🤣 A few years ago, I entered an international WattPad contest which collected 500+ short stories. The theme was called “Twist Fate”, and all stories were supposed to depict a hero turning villain or vice versa (mine was about what would have happened to King Arthur if he didn’t pull the sword from the stone). About 30 WattPad users (including yours truly) were selected to be published in the first fantasy anthology from WattPad, and they told us that the anthology would be printed and sent out to libraries across North America! 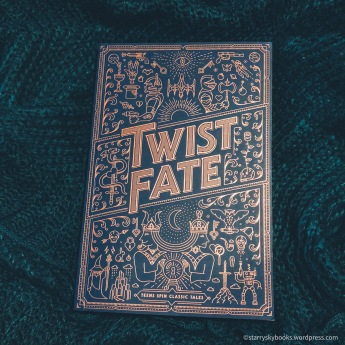 Unfortunately, they never followed up with that (sorry you can’t get it at your local library!), but they did give all of the winners copies! You can see my story for the anthology on the website they set up (you can even print it if you want). OR, you can go straight to my short story on WattPad and only read that!

What are your writing goals for 2019?

It’s been so long since I’ve written a first draft, because high school really got to me and brought me down. I didn’t used to have time for writing, but now I am trying to end all excuses. I’m going to sit down and write, just like I used to when I was young.

My goal for 2019 is to have finished this first draft by December! It may seem like a lot, but it’s a goal, not a promise! 🤣 I will also be posting updates on my progress at the end of every month, just to keep myself motivated!

But enough about me. What about you?

Do you like to write? When did you start writing? What genre(s) do you write in, and what is your favorite kind of character to create?

You can be my friend on Goodreads! 📚

4 thoughts on “Get to know me as a writer! (Finally, a writing post)”